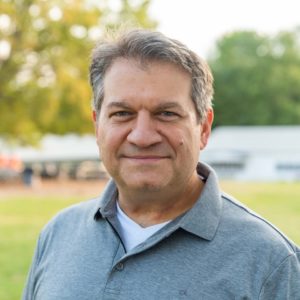 From an “artistic” standpoint, Jeff has recorded his own original Jewish music both as a solo performer and as part of the duo Shoresh with Jonathan Rimberg. Additionally, he is a long-time performer and orchestra leader with Nafshenu Orchestra.

Jeff is super-proud of all of his “camp” kids, but none more so than his three real-life, amazing children (and Camp Nesher graduates,) Jordana, Melissa and Jonah. 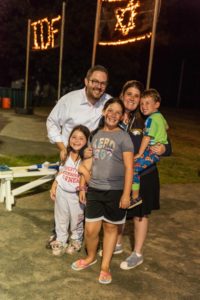 Hailing from Toronto Canada, Johnny first joined Camp Nesher in 1998 as a camper and, over the next eight years, climbed the ranks to Assistant Athletics Director. He made a lasting impression on his fellow staff members, but none more so than Alana Rosenbaum, whom he met at camp and married shortly thereafter. Johnny rejoined the Camp Nesher family as Assistant Director in 2016.

Johnny also brings an “artistic” side with him to camp as a Jewish music singer, highly in demand and featured on bandstands worldwide.

Johnny and Alana live in Teaneck NJ with their three beautiful children Rebecca, Gabriella and Jonah.